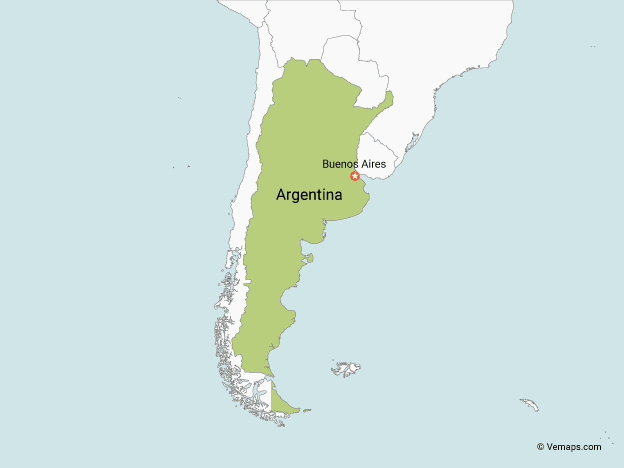 1. The name "Argentina" is derived from the Latin word for silver, argentum. The original European settlers believed that the country was full of silver.

2. Argentina is divided into 23 provinces and one autonomous city, Buenos Aires. Everyone has their own constitutions, but they exist within the federal system.

3. After the declaration and struggle for independence of Argentina, which began in 1810, a civil war began, which lasted until 1880.

5. Since 1970, Argentina has dropped 13 zeros from its currency, or ten trillion.

7. In 1971, Evita Peron's body was exhumed and taken to Spain, where former Argentine President Juan Peron and his new wife kept the corpse in their dining room.

8. The AMIA bombing in Argentina in 1994 was one of the largest terrorist attacks in South America, killing 85 people.

9. The widest avenue in the world is "July 9" in Argentina, with 14 lanes plus 4 lanes of parallel streets.

10. 8 people were beaten to death and 2,000 were injured as a result of Eva Peron's funeral in Argentina.

Kathryn X
Before continuing with the website, please watch this video: https://youtu.be/IQNObk2qAwo